After our exhilarating adventures in Salzburg and some of our day trips to surrounding areas, we popped off to Vienna. Some of the countryside we visited had a musical history to go with it. The Sound of Music was a theme that the Kelly Walsh Choir used to set up some tours. One stop gave us some background on what made Salzburg the city and powerhouse it was. Salzburg translates to Salt Castle so we went to a salt mine on the out skirts of Hallein. The Hallein Salt mines was one of the major exports of salt. Religion was very important to the miners, so on top the hill overlooking the mine you will find a church. Unfortunately, we did not have time to walk up the hill and tour the church. Upon entering the visitors center there is a short safety clip and talk, after that everyone gets to wear a fancy new suit before entering the mine, what a hilarious time that was. The history of the mine and how mining has changed over time is quit something. The ingenious ways salt has been extracted gives you a since of pride in the ingenuity that the people of the past possess. 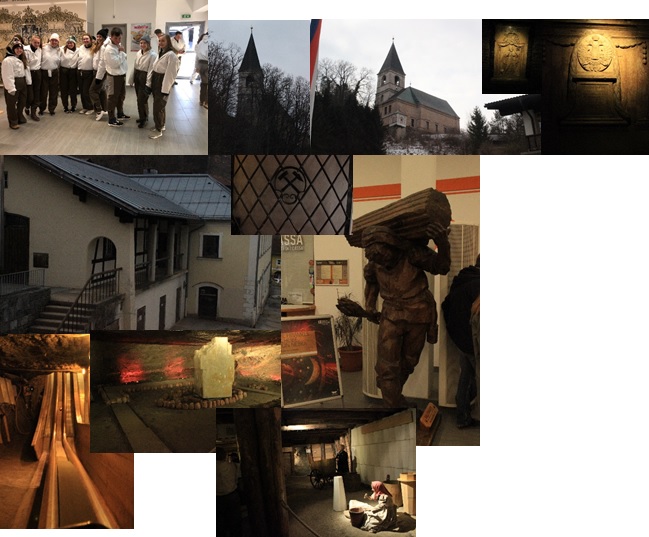 Another of our stops was at Melk Abby. Melk Abbey’s Baroque style abbey was built between 1702 and 1736. While we were there, an ongoing restoration project was in full swing. I asked one of the restoration experts about the work being done and was told some place on the outside of the building they perform work to preserve the building. When we first walked into the inner court there was a strange structure in the center, later we found out that during the winter the fountain outside is covered up to keep it out of the elements. 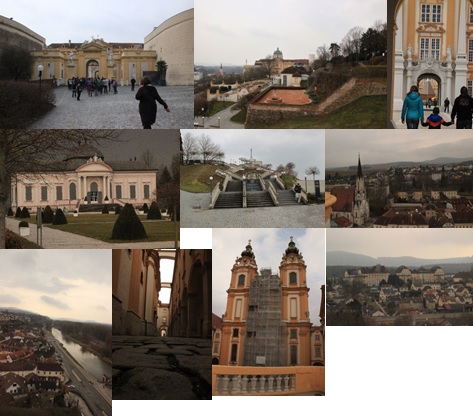 Parts of the Abbey were not accessible due to ongoing schooling. You cannot have cameras in certain areas as well. The beauty of the architect inside and out was breath taking. It is a marvel to see all these towns and know that when they were built they were done with brute strength from the people that lived there.

This next place if you’re a music buff you will recognize the name…Mondsee. Ya that’s right it is one of the places where the Sound of Music was filmed. This little town, village….need to look up the difference. Whichever it is this place looks like it came out of a post card. The weather was misty and the fog hung over the mountains and lake like a blanket veiling the surroundings. After touring the Church, we walked down to the green space that was nestled along the bank of the lake and through the shear veil that covered the waters you could just make out the rest of the town that surrounds the lake. 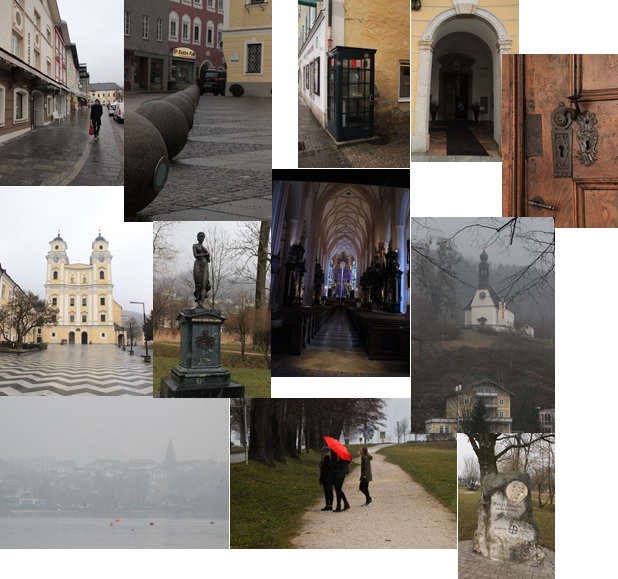 Had to add the close up of the door, these doors are massive and the ornate handles and locks are something else. Through are out our travels I have found this to be true. I have a thing for the arts of all sorts and this and many others you will see in coming posts. The workman ship show how much pride the Blacksmiths had with their craft. Last place we visited was Schloss Hellbrunn, which also was in The Sound of Music. It was more of a pit stop, as we did not tour the Manor House. The grounds were massive and the gates…you guessed it was ornate and very impressive. 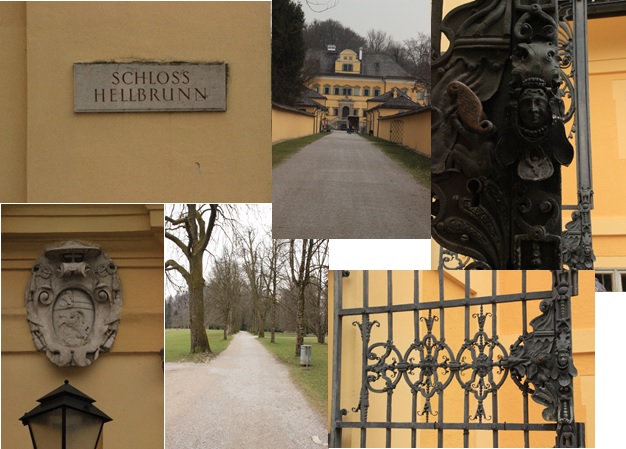